The concert in our home town, in front of our friends and familiy members, took place in the new concert hall "Hrvatski dom". This was opportunity to have a concert premiere of TOCCATA and to perform our other favourite pieces in this beautiful concert hall. Thank you all for coming, we love you! 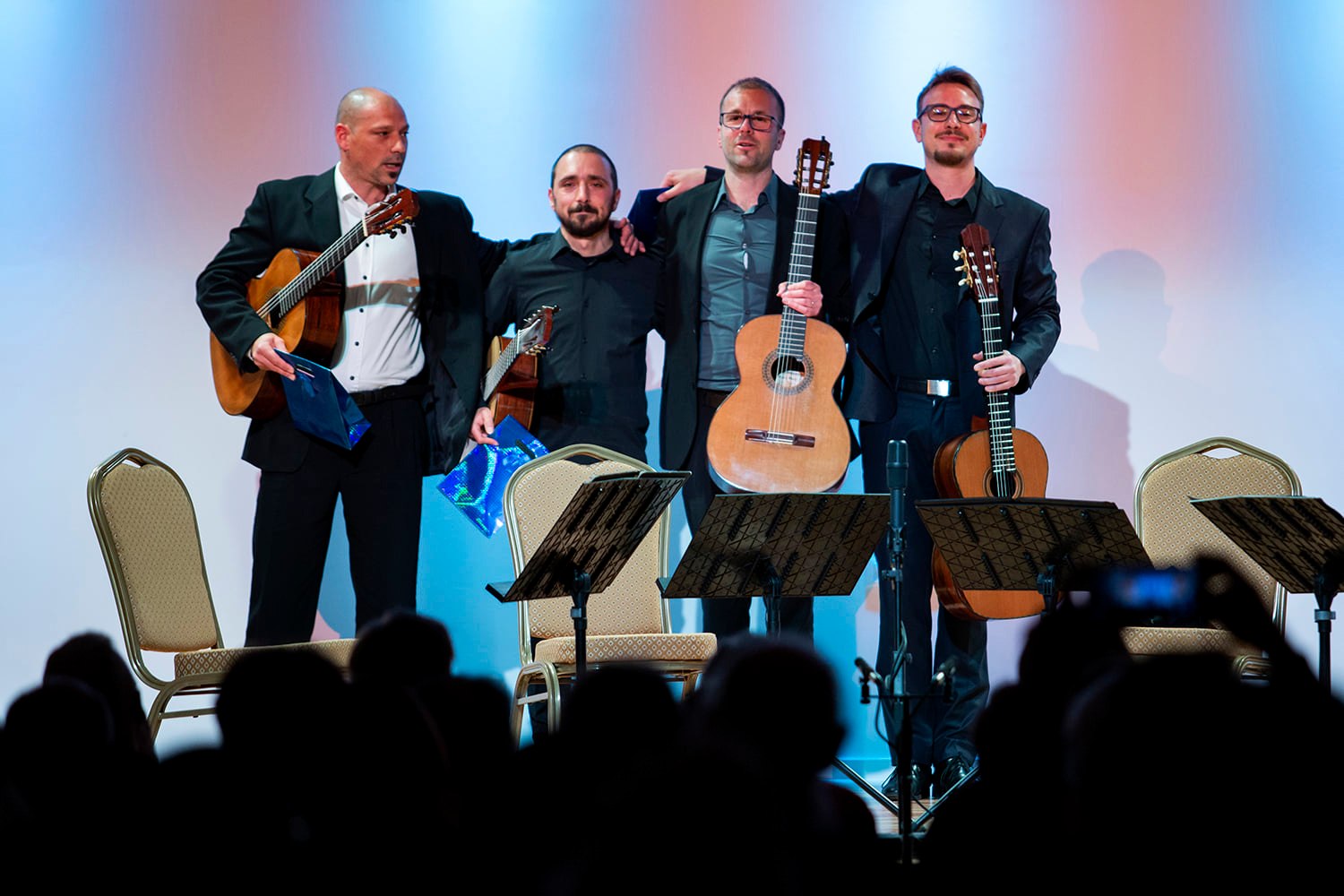 Few days after broadcasting TOCCATA on Croatian National Radio - 3rd channel, the official video is premiered on our youtube channel. We want to thank to all involved in this project, especially to professor Sunko and City of Split for their support. 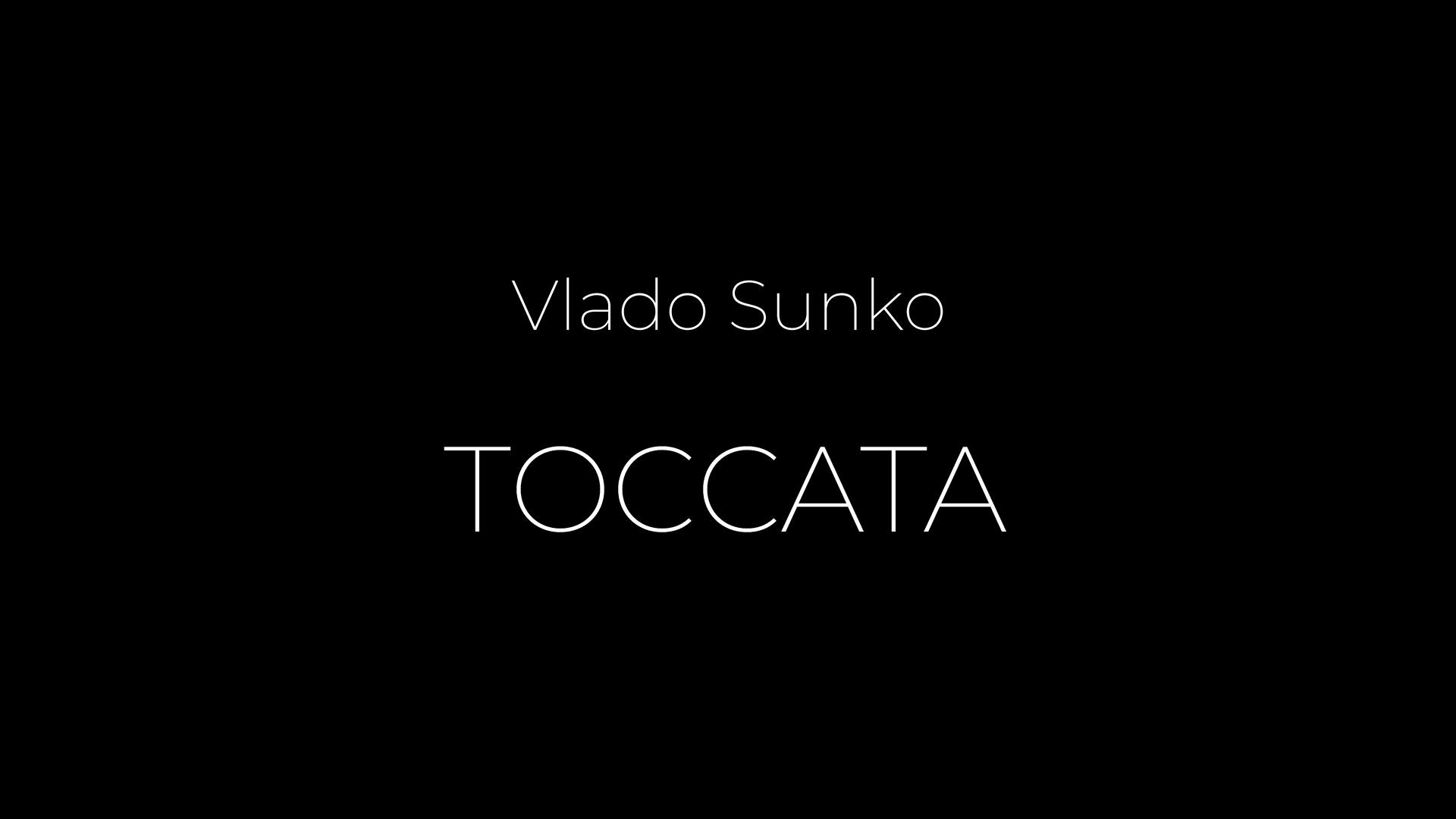 Famous Croatian composer and conductor Vlado Sunko has dedicated a brand new piece for guitar quartet to us. We were delighted to have professor Sunko during our rehersals for the upcoming audio and video recording sessions. Stay tuned - TOCCATA is coming soon! 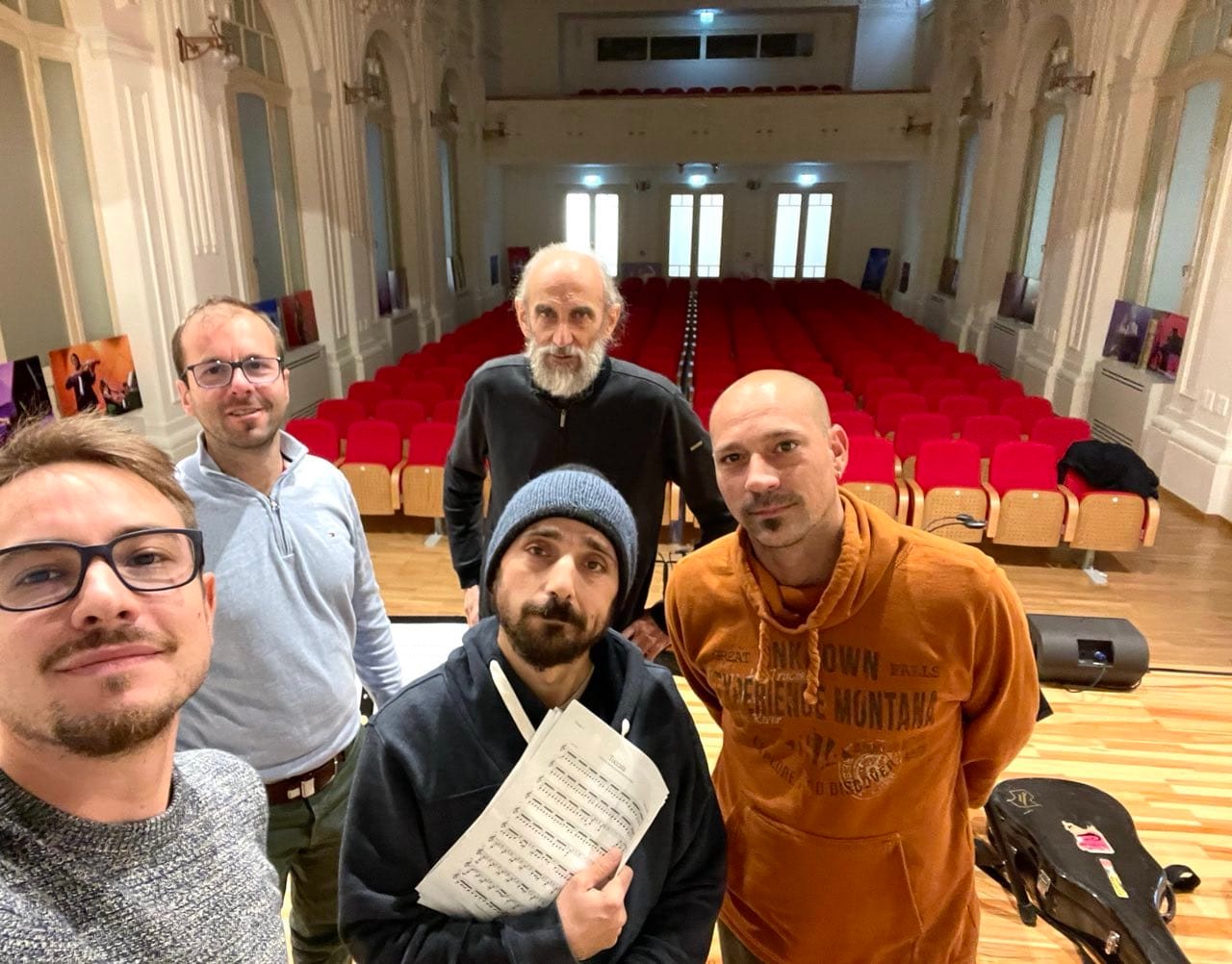 It is always a big joy for us to share our music with local people on the Dalmatian islands as well as with the tourists that come to spend their holidays in Croatia. This summer we played an open air concert on unique Lastovo, the farthest island from Croatian coast. 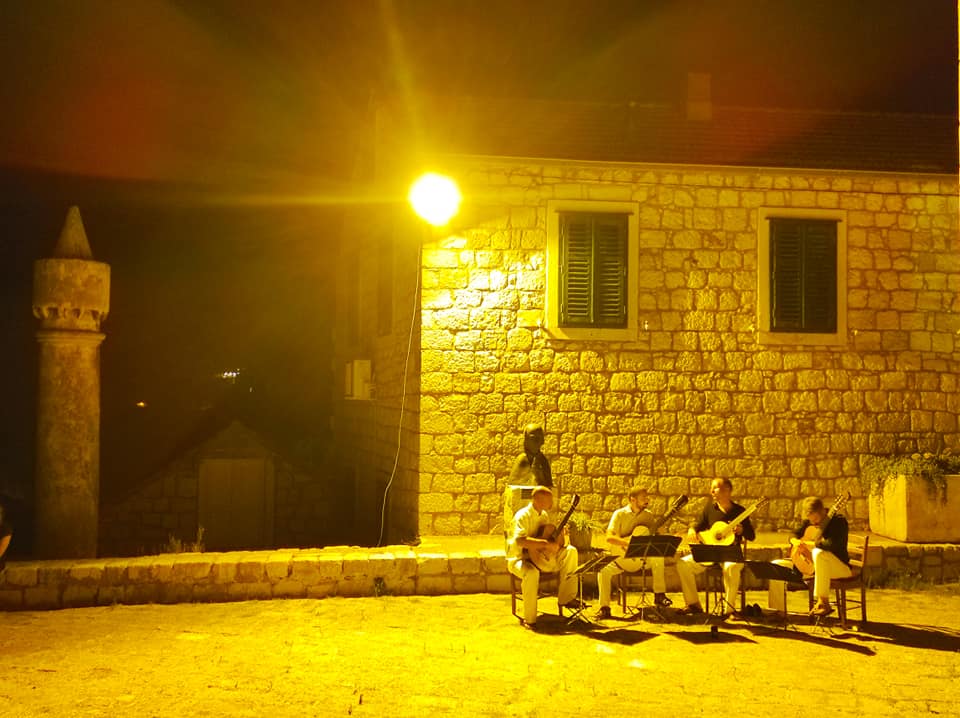 Finally, after year and a half, it was time for our next international concert. We enjoyed very much our stay in beautiful city of Gdansk in Poland and to share music with nice audience within 10th Euro Chamber Music Festival. 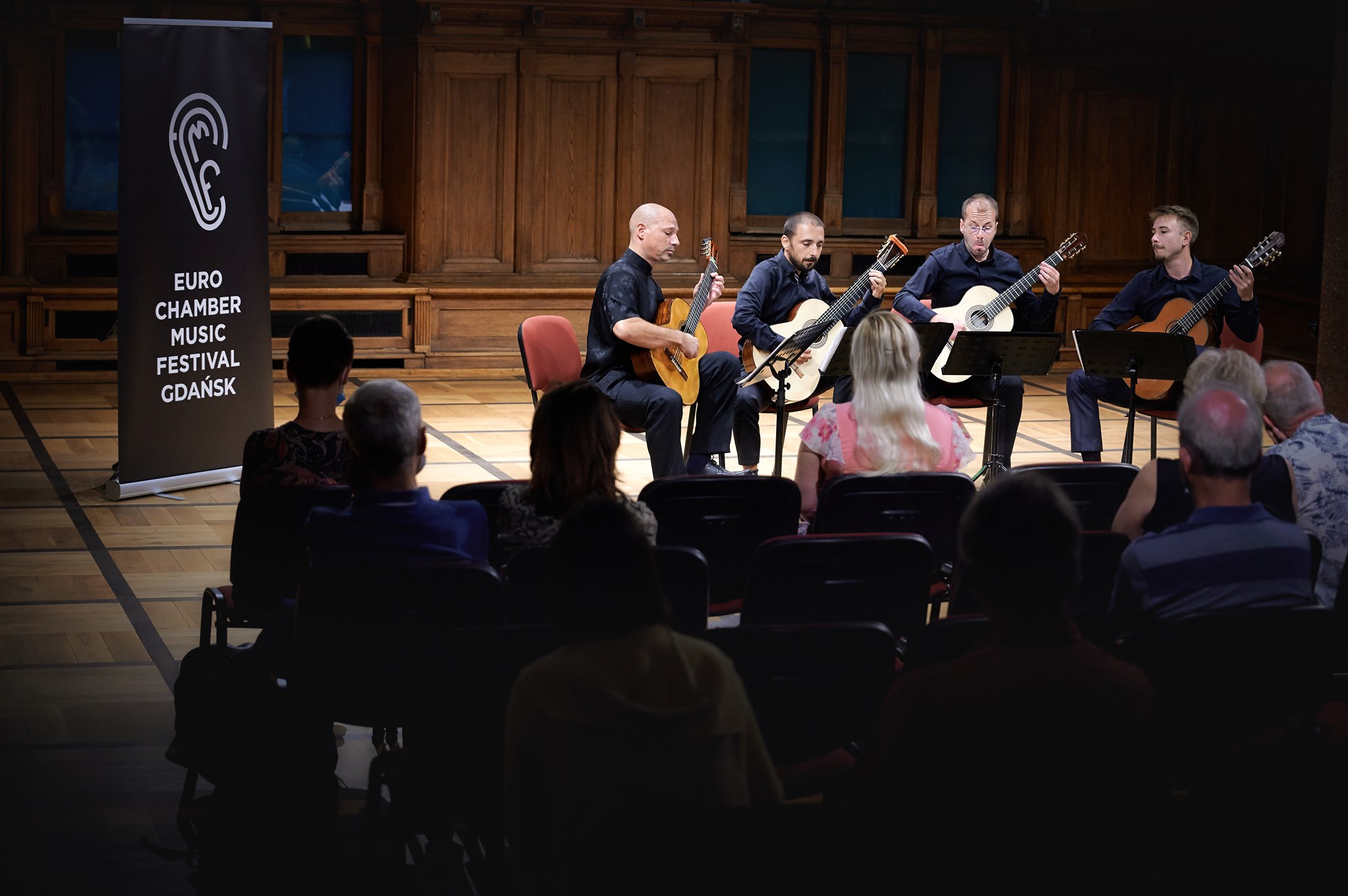 Concert and masterclass in Koprivnica 20. April,2021

Our first concert in 2021, followed by one day masterclass, took place in Koprivnica under the patronage of the Ministry of Culture of Republic of Croatia. It was a big privilege for us in this pandemic times to play a concert and meet young tallented students from the local music school and show them some jazz and classical music secrets. 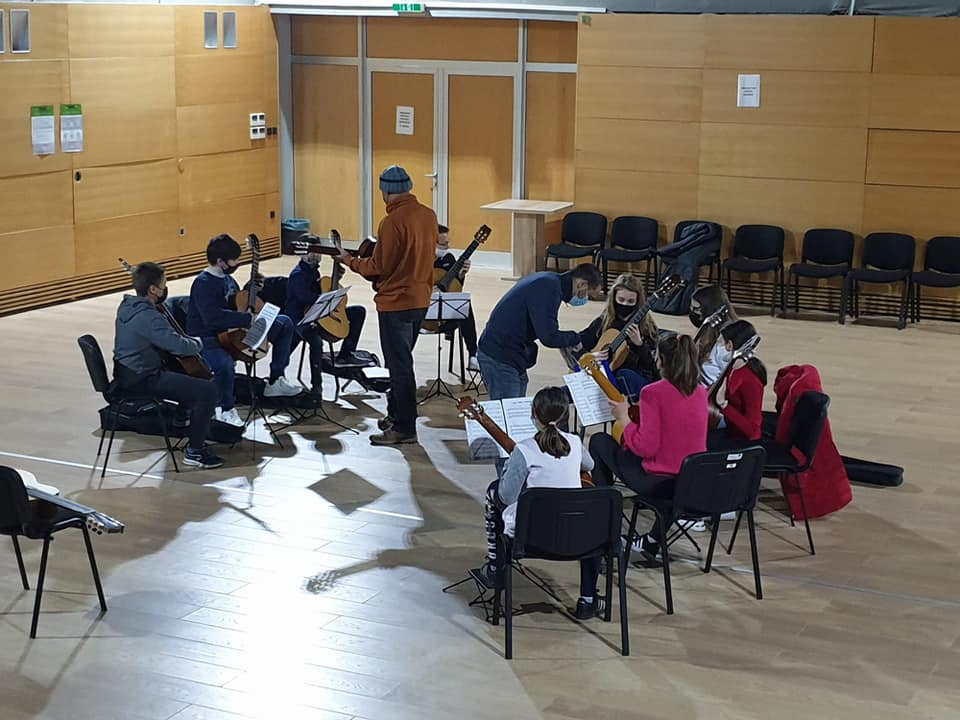 Finally - the new concert hall "Hrvatski dom" has been opened in Split! It was a great honor for us to take a part in the inauguration concert and to be the first ensemble to play official music program in this wonderfull hall. 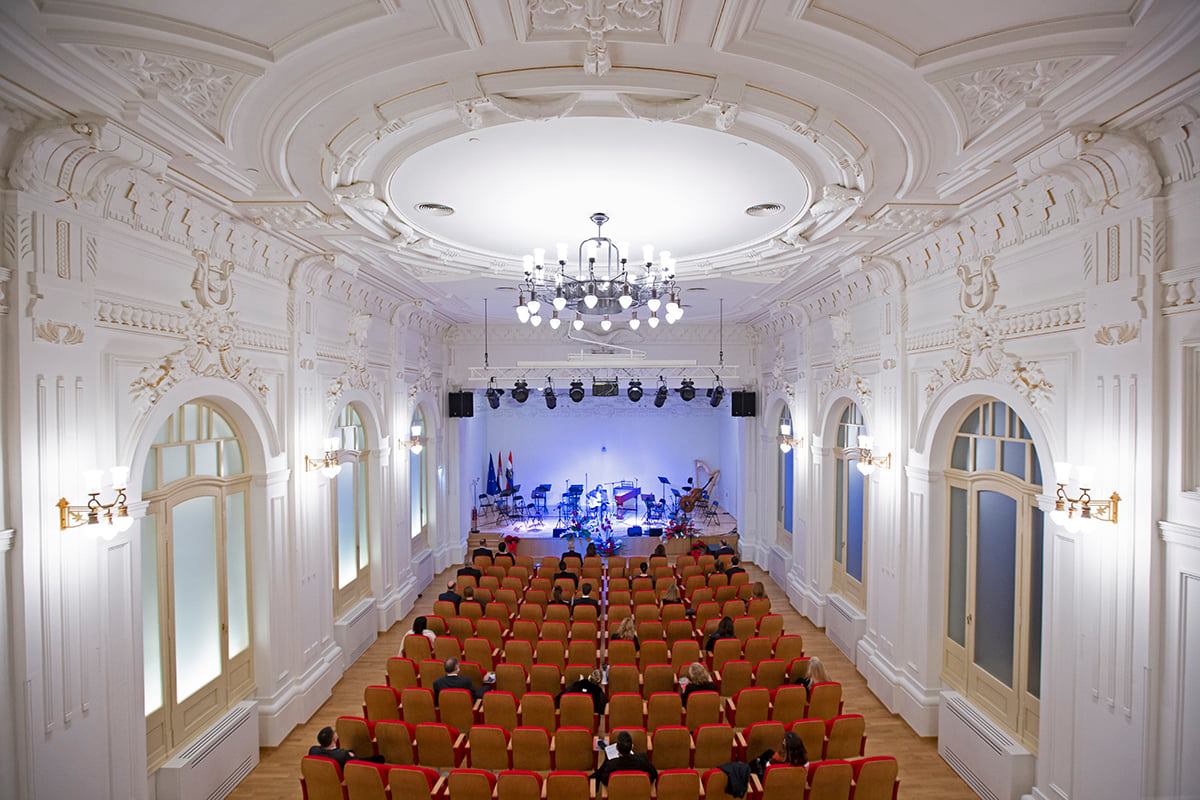 Despite all difficulties, we were happy to have a chance to play a concert in Solin within International Classical Guitar Days festival. It was a great fun for us to play again and to be a part of the amazing "line up" together with Ana Vidović, Srđan Bulat, Maurizio di Fulvio and many others.

Our 10th anniversary concert took place in unique Vestibul in the heart of Split. Big thanks to the organizers, sponsors and of course, to the brave and wonderful audience. This was our last concert this summer and we hope nothing will stop us in our further activities. Stay healthy and happy!! 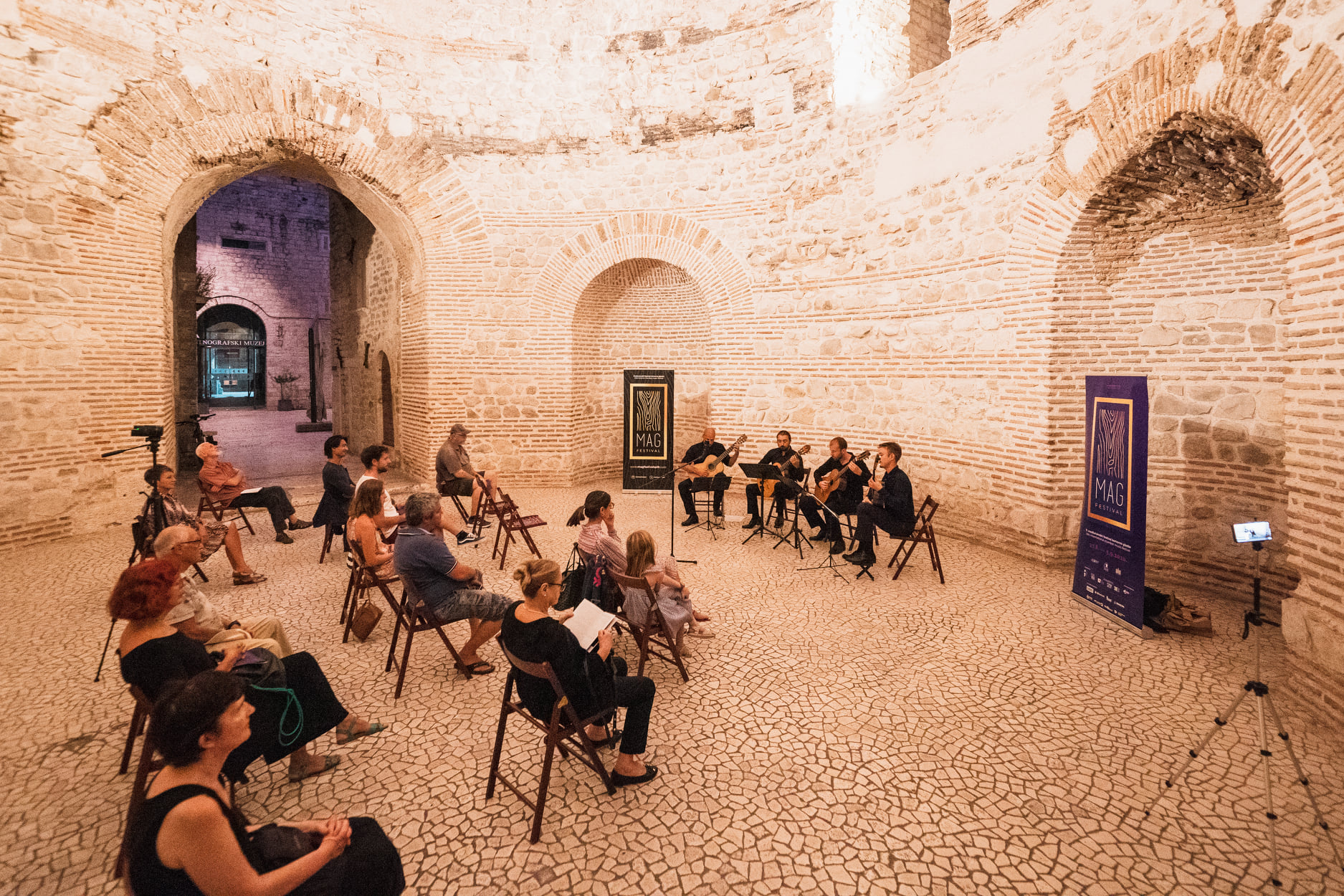 We played a concert in the amazing Basilica of the Mother of God in Marija Bistrica. It is always a pleasure to perform in such an acoustic venue and to meet nice people from other parts of Croatia. We are thankfull to the Croatian Ministry of Culture that made this concert possible. 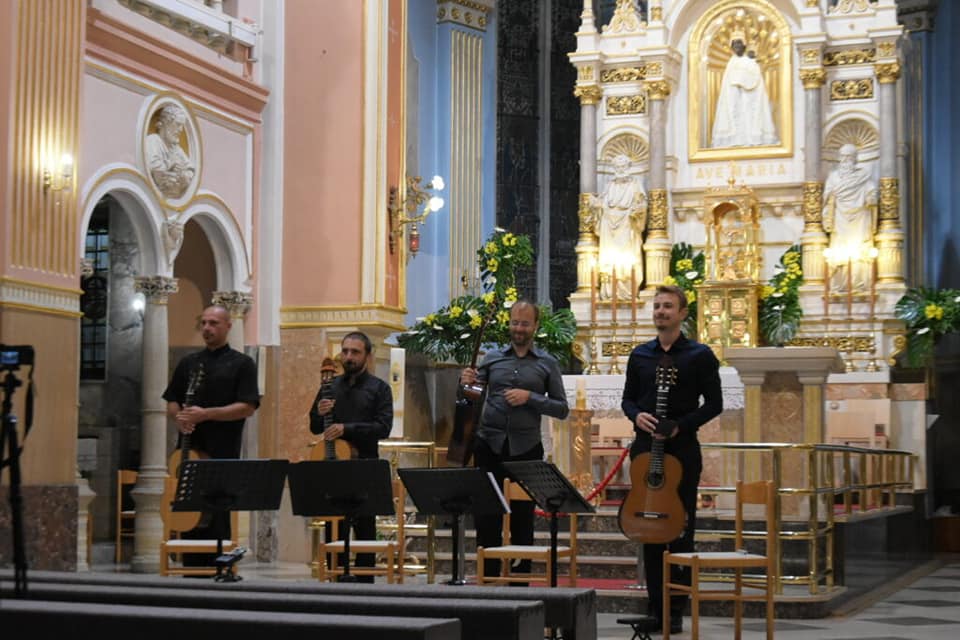 Our first concert in 2020 we played in a very special and unique place - the cloister of Benedictine monastery on St.Mary island in Mljet National Park. We were honored to hear that our concert was the first event held in this venue after it's renovation and after it was closed for public for more than 200 years. 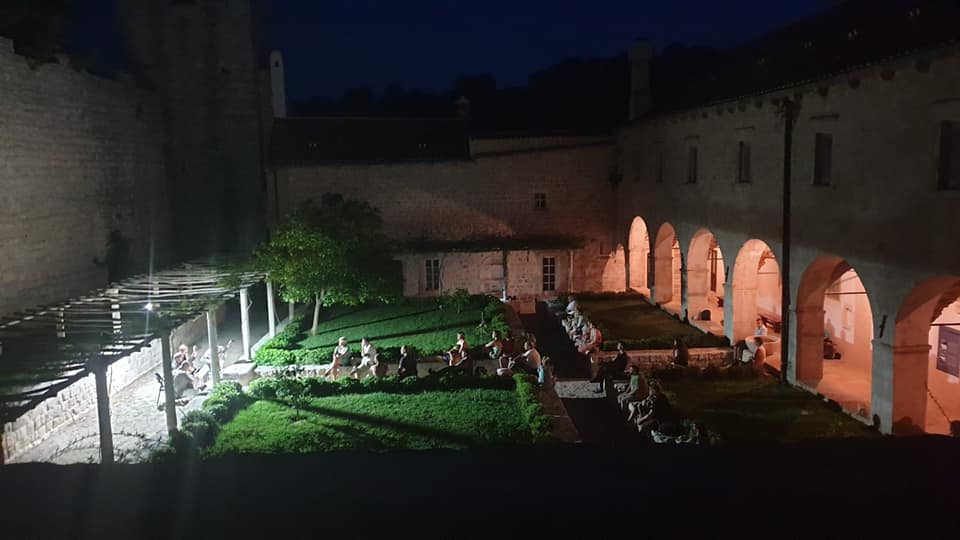 It was unforgettable experience to spend one week in Spain, to play two concerts and visit beautiful cities of Valladolid, Granada, Andalusia region and unforgetable Alhambra. We were also very proud to present music by Croatian composers' which were very well accepted by wonderful Spanish audience.

We are delighted that we could listen our full performance of Croatian composers' pieces on Croatian National Radio - First Chanel. The concert was recorded during our performance within 10th MAGfesstival and broadcasted on Sunday 3. 11. as a part of the most important classical music radio show in Croatia. 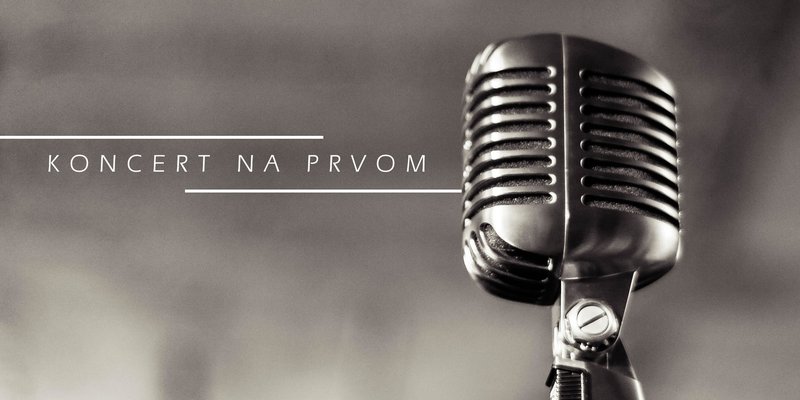 We played world premiere of Gordan Tudor's "Soundtracks" in packed Gothic hall in Split City Museum wthin 10th MAGfestival, international chamber music festival. Besides that, we played some Sunko and Božičević music that we usually play in our concerts. We are happy that the concert was recorded by Croatian National Radio and looking forward to hear the recording. 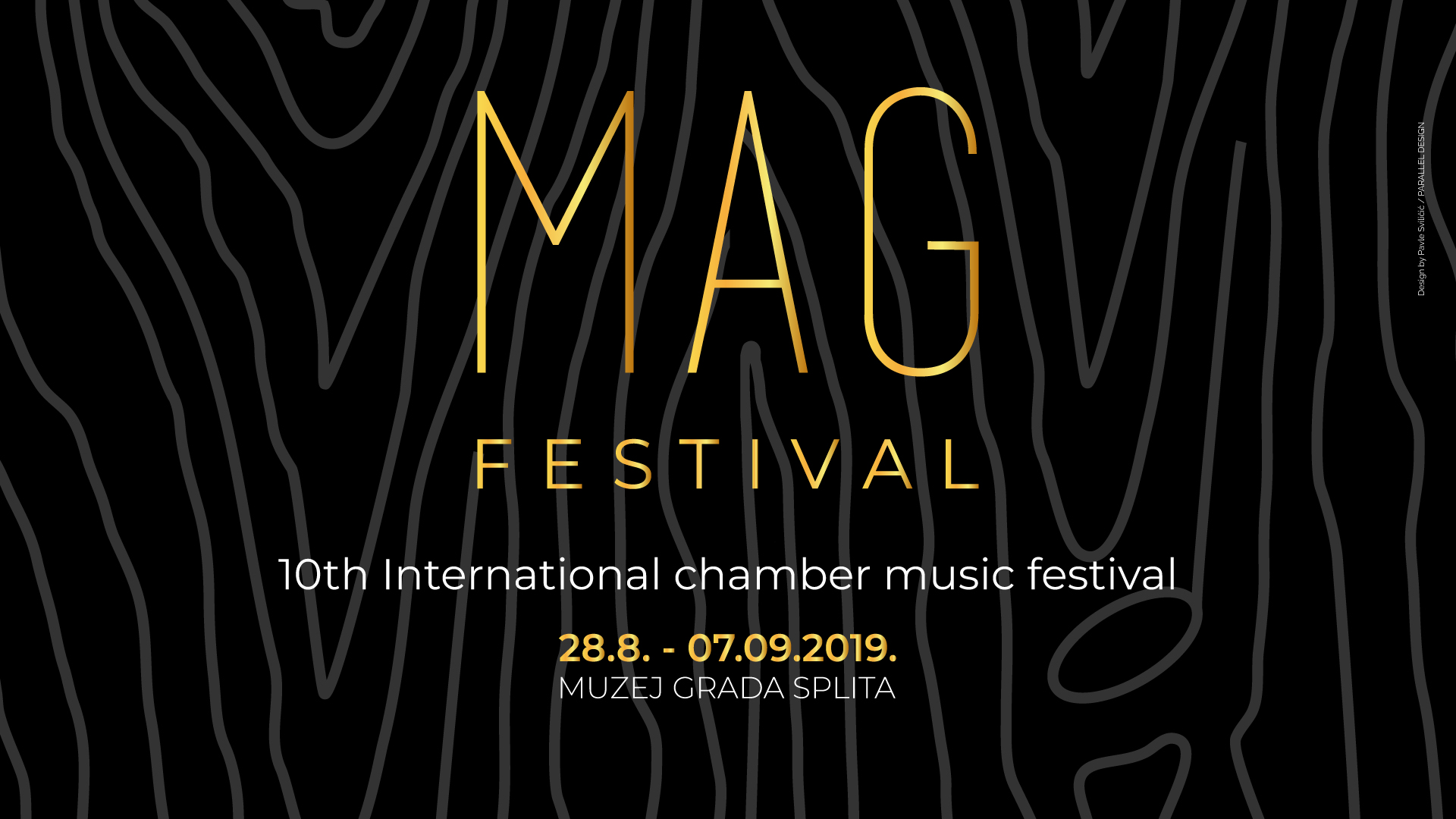 We had fantastic time and concerts in unique concert venues on south Dalmatian islands and coast. Packed concerts in Lopud, Korčula and Makarska we will never forget as well as our fishing teambuilding. 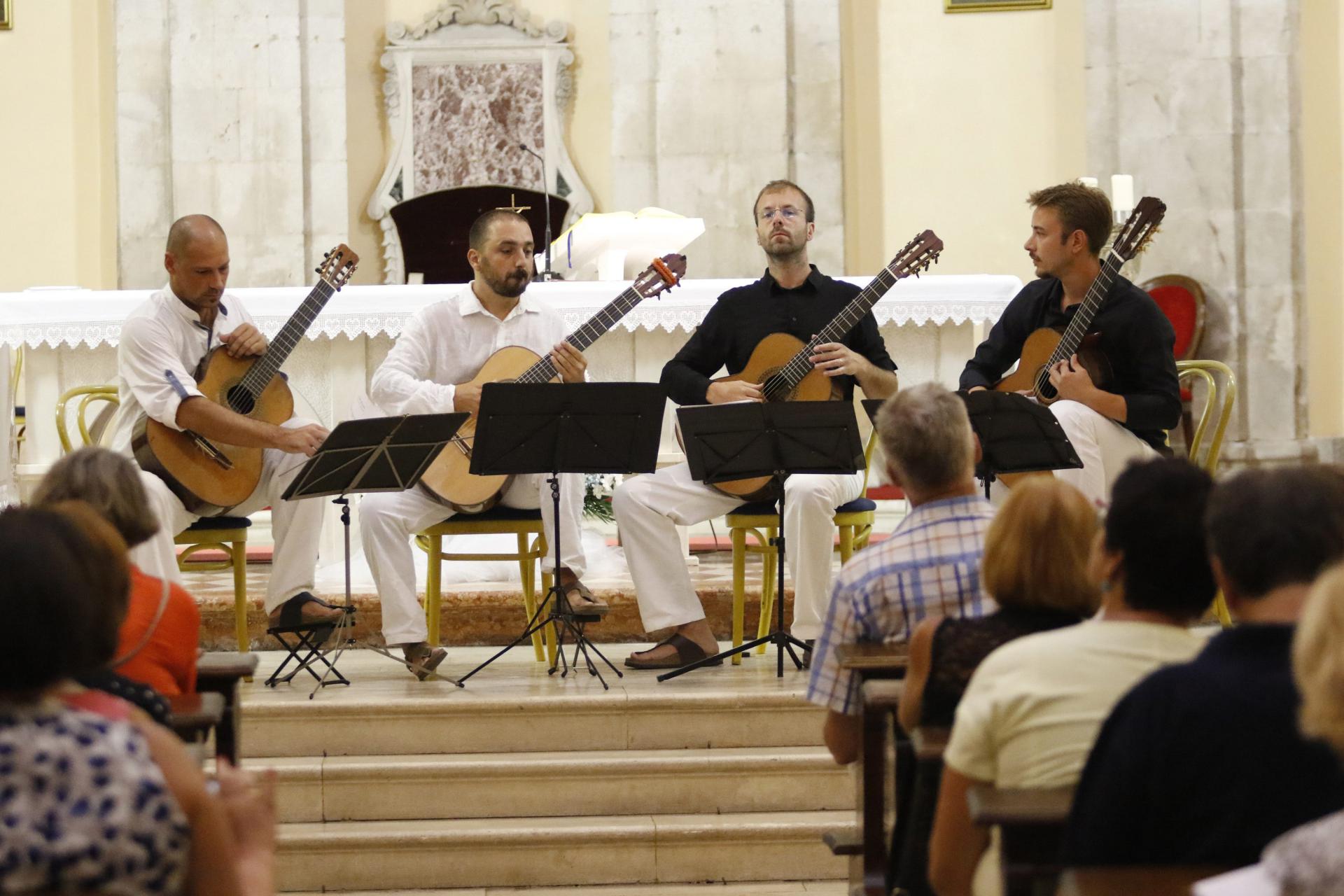 Our short Italian tour is over, we had a wonderful time in lovely green Apulia. Held 2 concerts in Taranto and the beautiful Abbazia di San Michele Arcangelo in Montescaglioso. 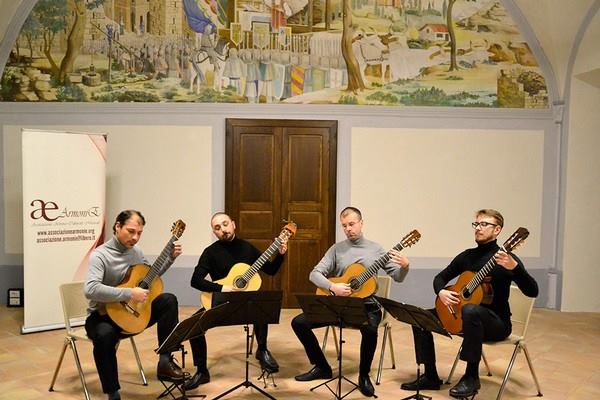 Last week we have played concerts within summer festivals in Solin and Kaštela. Both concerts were held in packed venues, it's always a pleasure to play for our beloved home audience...

As a part of 30th Imago Sloveniae Festival, we have played a concert in City Museum in Ljubljana. The concert, recorded and broadcasted by Slovenian National Radio was very warmly accepted by the numerous audience. 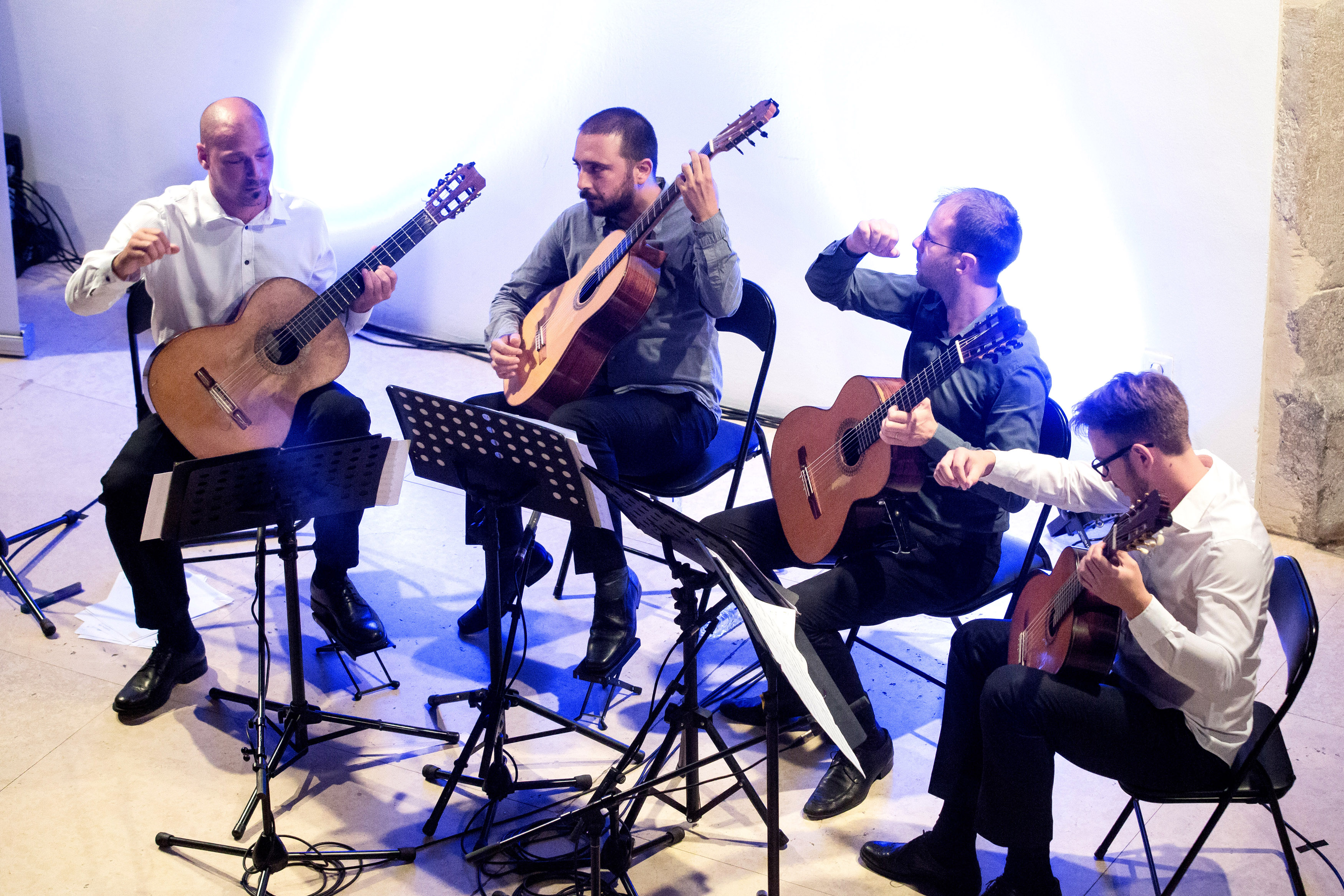 The concert within MAGseason was held in Split City Museum and followed by Croatian National Television. 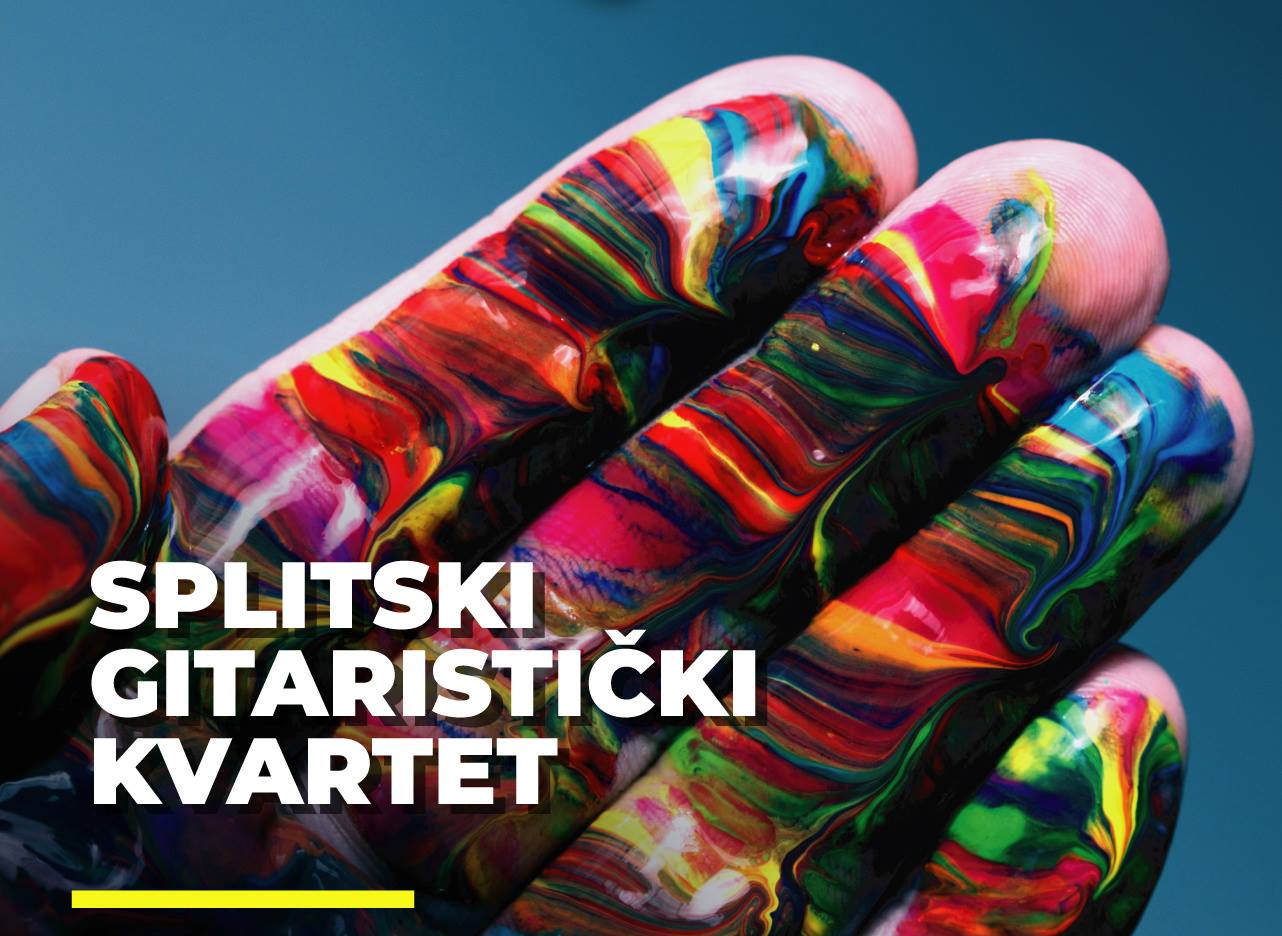 Yesterday we have played the last concert of our European tour in the Sofia Philharmonic Hall in Bulgaria. It was held within Europe Music Festival 2018 organized in the occasion of the Bulgarian Presidency of the Council of the European Union. We have presented guitar works composed by Croatian composers. 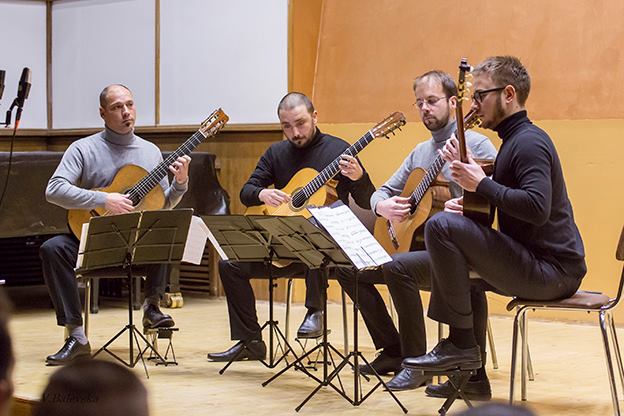 A very nice experience is behind us. It was a great pleasure and privilege to play a concert in the heart of Spain, in Andalusia. After our concert within International chamber music festival in Torreperogil, we have visited the beautiful city of Cordoba and met the most incredible hosts in the „Andres Segovia“ Museum in Linares. Thank you! 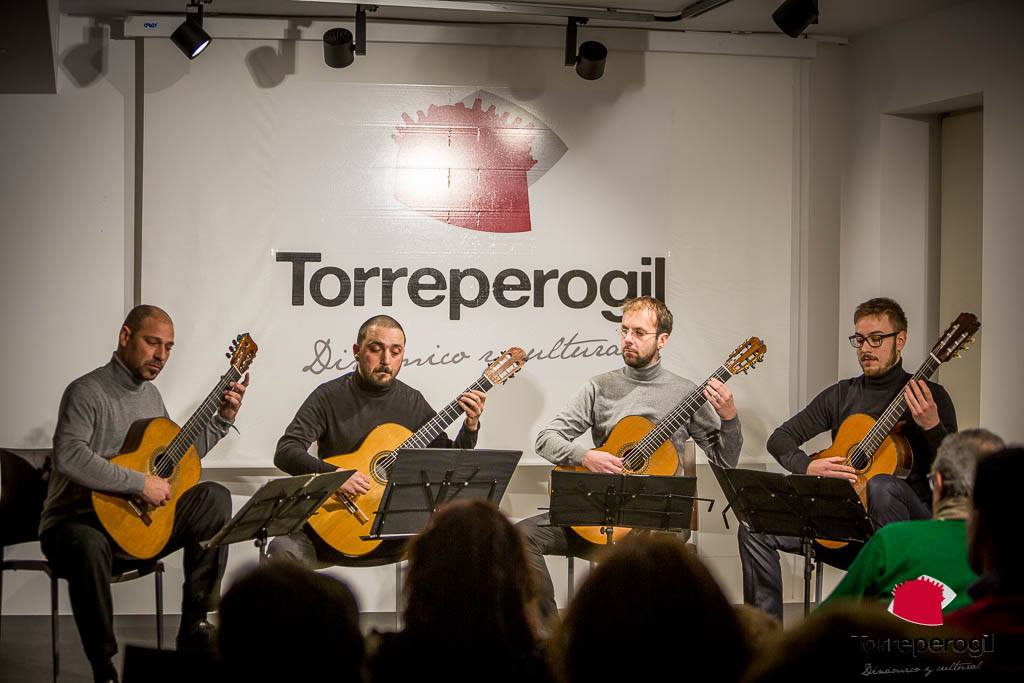 Tonight we will be playing our third concert in Luxembourg city. This time in the prestigious "Foyer Europeen" hall and performing our "Croatian sensation" program with pieces by the great Croatian composers Padovec, Fumić, Parać, Brkanović, Božičević, Sunko, Miletić and Čagalj. 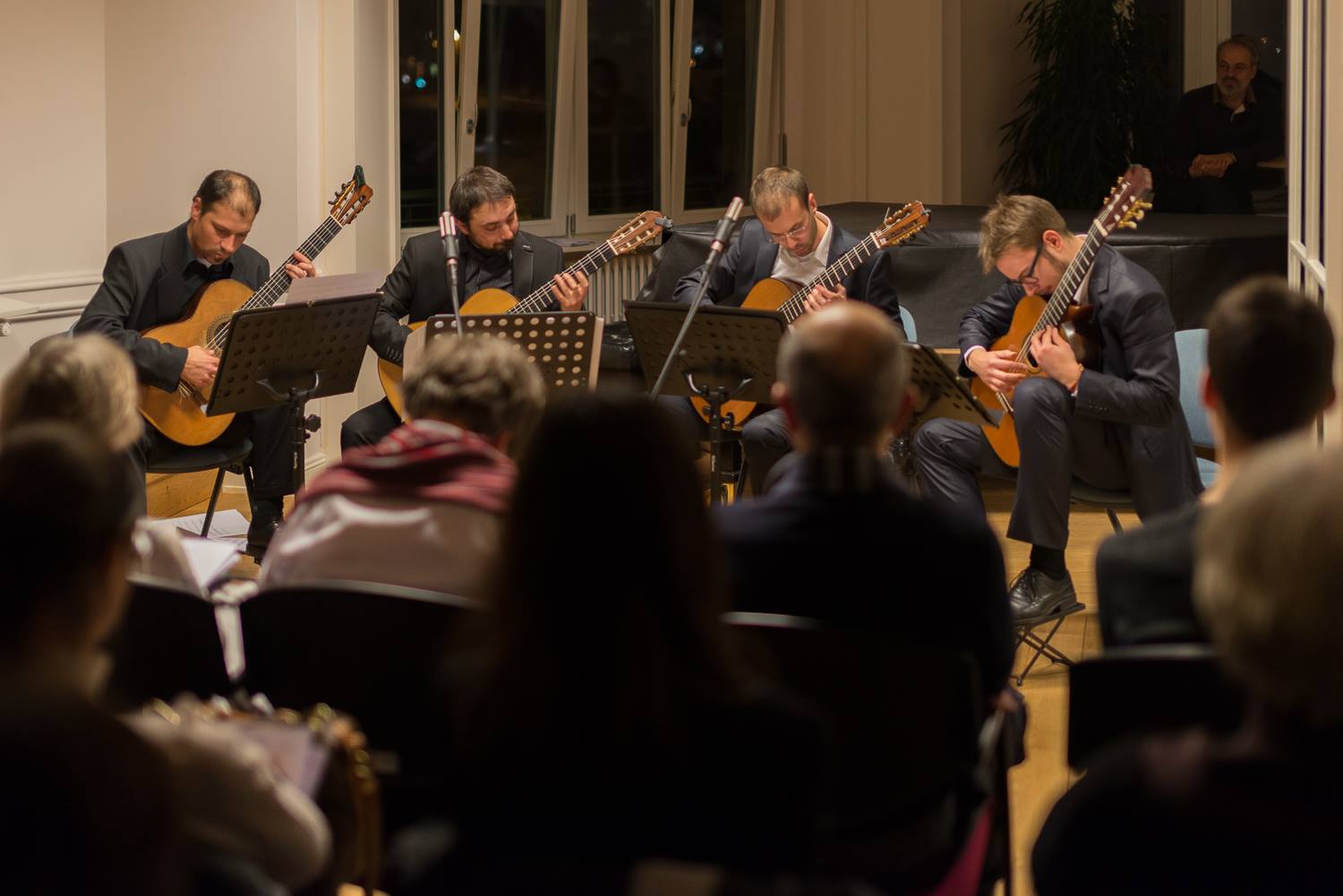